Omega-3 DHA and functioning brain are strongly linked. Omega-3 fatty acids are important components of cell membranes, including those in the brain. Therefore DHA is a brain building block and supports a normal brain function. As a matter of fact the largest concentration DHA is found in the brain and it is of the utmost importance for a well-functioning nerve conduction. DHA is essential for the growth, structure and optimal function of the brain. This beneficial effect is obtained with a daily intake of 250 mg DHA. Möller’s cod liver oil contains 600 mg DHA per daily dosage.

Natural support of your brain!

Why Should We Take Omega-3 Fatty Acids?

Our brain is rich in the omega-3 fatty acid DHA. The amount of this fatty acid increases during the growth and development of the brain and decreases with age. Worldwide, the question of the effects of DHA on the functioning of complex brain mechanisms keeps scientists busy. The evidence gathered so far is so convincingly positive that European food safety authorities state that daily intake of 250 mg DHA contributes to normal brain function.
* Daily consumption of 250 mg DHA omega-3, for example by taking fish oil, contributes to good brain functions.
It has been scientifically proven that intake of sufficient omega-3 has a positive influence on your cognitive ability. Our cognitive ability is the ability to think, to remember things and to retrieve them from our memory. Cognitive functions are all processes involved in recording and processing information. Therefore DHA is essential for the construction and optimal function of the brain. This beneficial effect is obtained with a daily intake of 250 mg DHA. Möller’s Omega-3 contains 600 mg of DHA per daily serving.

Omega-3 DHA and Brain: A daily spoonful of essential nutrients

Our brain depends on both good nutrition and mental stimulation to develop and function properly. That is why it is important to attach importance to good nutrition for your child from an early age, already during pregnancy. Omega-3 plays an important role in this.

1. 25 years to mature. The brain is far from fully grown at birth. It takes no less than 25 years before the brain is fully developed.

2. The exciting second year. In the second year, the language develops very quickly. Most kids go through some sort of word race, expanding their vocabulary very quickly in just a few months. A prerequisite for this development is that the speech center in the brain functions properly, since voice formation and control over strength and pitch are determined by an accurate interaction between brain and hearing.

3. This happens in the brain when you learn something new. Learning is the process of forming new connections between the brain cells. When you experience something or read something, a memory forms in your brain through the connection of thousands of brain cells. If you remember this situation later, these connections will be reactivated.

4. Omega-3 fatty acid DHA is good for the brain. The intake of DHA fatty acids from the mother during pregnancy contributes to the normal development of the brain of the fetus *.

5. Keep your brain fit. Neuroscientist Andreas Engvig demonstrated that daily mental memory training has a measurable effect on the brain. The brain visibly expands through training, just like a muscle. But to actually achieve an effect, the training must be experienced as pleasant.

Did you know that … humans stop producing nerve cells from the age of 2? After reaching the age of 2, the human brain develops by creating connections between individual nerve cells, but the production of these nerve cells stops. A newborn baby’s brain weighs approximately 380 grams, a two-year-old’s brain weighs 1.1 kg. An adult brain has a weight of 1.3 kg and consists mainly of fat. A unique property of the brain is the selective absorption of DHA omega-3 fatty acids from the fats we consume. Communication between brain cells and the rest of the body takes place thanks to millions of signals that are produced every second. The faster each signal moves from cell to cell, the faster our cognitive processes work, which means that we understand various things, for example, or turn letters into words and turn words into sentences again.

Research has shown that there is an association between maternal consumption of DHA omega-3 fatty acids and good development of the child’s brain *. This allows the child to develop a foundation for all the challenges that await him or her as they grow up. 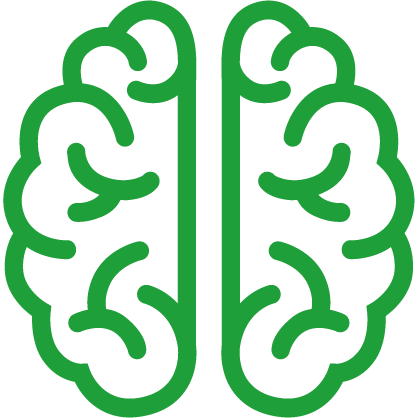